Doc Casey was born in Mitchell, S.D. He attended Carroll College in Helena, Mont., and graduated in pre-dental. He completed his dental education at Creighton Dental School in Omaha, Neb. Doc practiced dentistry in Rapid City for 30 years. After opening Bear Country U.S.A in 1972, he continued to practice dentistry on a limited basis. He retired from his practice in 1992 to devote all of his time and effort to the wildlife park.

Pauline Casey was born in New York City, and grew up in the Los Angeles area. She graduated from Mount Saint Mary’s College in Los Angeles with a degree in nursing. She practiced public health nursing with the Los Angeles County Health Department in the Watts District. Pauline came to South Dakota in 1958 working as a public health nurse with the Pennington County Health Department. She also practiced as a staff nurse with the Rapid City School System and as a nursing education assistant in public health with South Dakota State College.

Dr. Dennis “Doc” Casey, and his wife Pauline, opened Bear Country U.S.A. in August 1972 with 11 black bear, one cougar, one wolf, three buffalo and one large bull elk. The park is still owned and operated by Pauline and 3 of her children; Shannon, Mike and John. Wildlife at Bear Country U.S.A. has expanded in the past since opening over the years featuring over 200 black bear and over has over other wildlife, it is the largest private holding of black bears in the world.

“There were no zoos nearby when we opened,” says Pauline Casey. “We wanted the people of Rapid City to enjoy the animals like we did. What we envisioned as a local attraction has grown to draw people from all over North American and some foreign countries”.

The biggest change at Bear Country has been the number of animals living at the park. Most of the wildlife are born on the premises and are hand-raised by the park staff. Every spring the Casey’s look forward to a new crop of bear cubs.

The cubs are born in early January while their mothers are in hibernation. The cubs stay with their mothers for eight weeks. Then, in late March, Bear Country handlers collect the cubs from their dens, and staff members bottle feed the babies for another six to eight weeks.

Bear Country U.S.A. takes the babies from their mothers for two simple reasons: manageability here at the park and their health.

“In the wild only 40% of cubs see the end of their first year,” says Pauline Casey. “”By human-imprinting the animals shortly after birth (2 months) we are able to manage them as adults making vaccinating and moving them much easier and safer. Lastly, we have earned a strong reputation among zoos, wildlife parks and even movie studios for even-tempered, manageable animals.”

Along with the bears, park staff members raise young timber wolves, arctic wolves, bobcats and mountain lions throughout the late winter, spring and early summer as they are born at Bear Country.

Even though animal numbers have increased, park acreage at Bear Country U.S.A. has not. However, the steady increase of animals has prompted many park improvements. Animal enclosures are consistently landscaped and renovated, as presenting the animals in natural habitats is very important to the Caseys.

The recently expanded Wildlife Center displays the young and smaller animals and offers visitors a chance to get out of their cars and take a closer look. Black bear cubs and young wolf pups romp through the grassy enclosures. There are various other displays where the animals very visible to the visitors. The center also displays bobcats, mountain lions and coyotes. Smaller animals, such as foxes, badger, lynx, beaver, fisher and skunks, also make the Wildlife Center their home. The animals on display do vary a little from year to year due to whether or not that species has had offspring in our park. 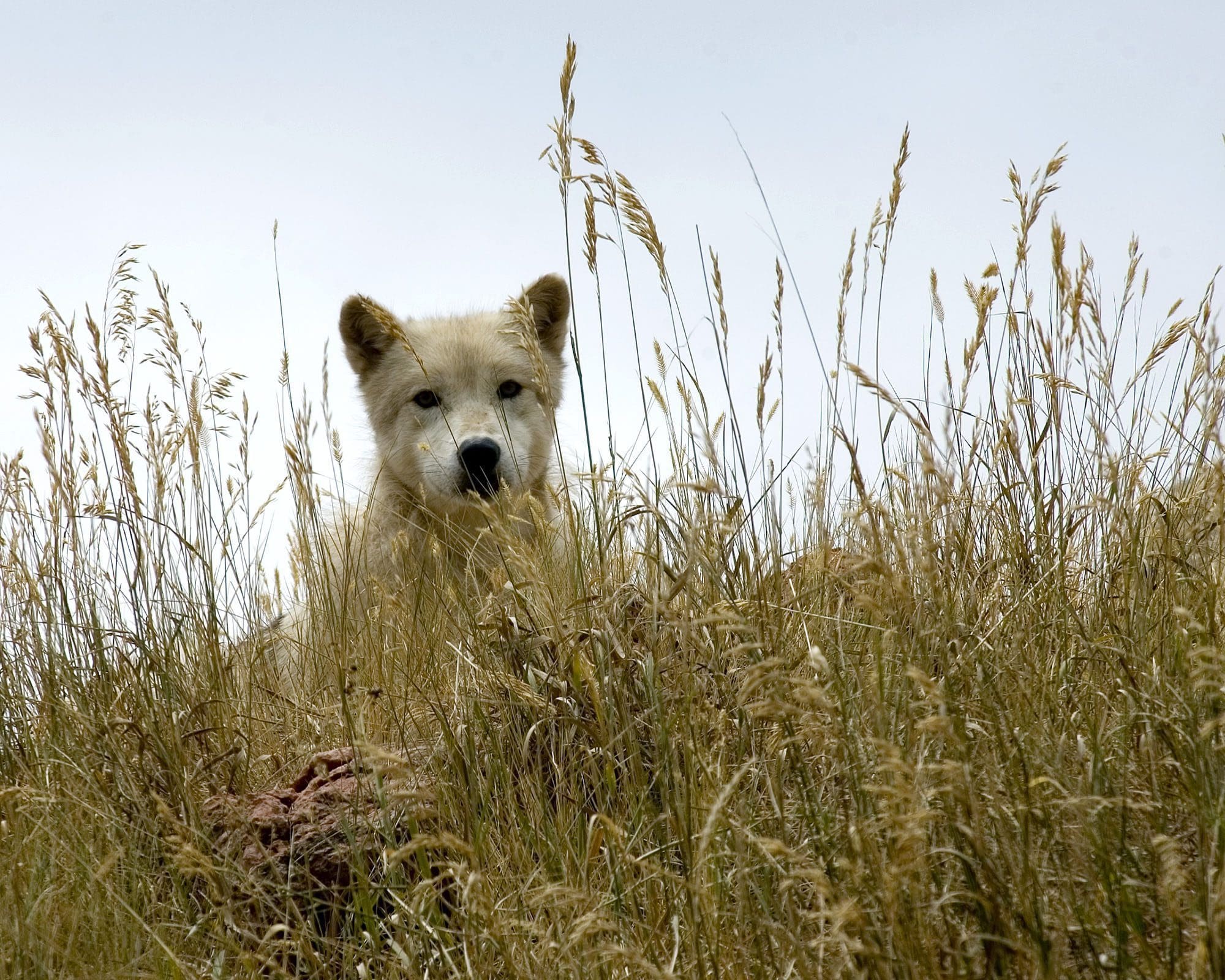 Bear Country USA uses rotational grazing programs with hoof stock and developed their own pasture grass mix which combines drought tolerant native species of grasses including brome, crested wheat grasses, and buffalo grass. Water from ponds are used to irrigate grazing areas and shelter belts. Shelter belts are planted with drought tolerant native shrubs and trees which require little water and feed song birds through the winter while providing wind break and shade. Chickens and peafowl free-range to control ticks –eggs from chickens are used as animal enrichment in Babyland.

Bear Country USA has cooperated with numerous organizations by gathering and sharing information related to hibernation and captive breeding of bears.  There are discounted rates for special services groups contact our gift shop for more information.

As a general rule, Bear Country U.S.A. cannot take animals from the wild. However, there have been some exceptions. Often a state Fish and Game Department will call the park because they have a young orphaned animal that will be destroyed if they cannot find a home. Bear Country U.S.A. can take these young animals because there is still time to expose them to humans. Several Bear Country residents come from these benevolent transactions.

Bear Country USA serves the greater Black Hills community on the premises by offering discounted admission for local school groups during the month of May.

Bear Country USA chooses to support area programs and organizations which benefit children and families in the Black Hills with both in-kind and cash donations.

Community organizations and events that we have supported: